With the ever changing political climate in the United States, the ownership of body armor is not a taboo subject anymore. 2020 showed us that body armor is just as important as guns. The ability to have protection when bullets start flying your way is often overlooked, however many are starting to understand the importance.

But what now? you know you need body armor, but you've never even looked into it before, you don't know where to start. You type in armor in the google search bar and you get an endless supply of results. It can be very frustrating and daunting for someone who is just getting into this world. We are here to help you, and give you some information to help you better understand on what you should get.

Here are the 3 major reasons the Hesco L210 Special Threat plates are one the best option on the market.

COST: The L210's give you the most bang for you buck, coming in at $370 for two plates, you receive high quality ceramic armor for a very affordable price. The past year has been a challenging time for many, so every penny counts, and that's why this setup is the best for the money.

WEIGHT: A lot of armor, especially steel tends to weigh quite a bit. A lot of the older designs of armor weigh anywhere from 8.5-10 lbs per plate; the L210's only weigh in at 5.4 lbs per plate. These plates were designed to be worn in low vis carriers, and even certain concealable ones as well. That is possible because they are only 0.59 inches thick.

PROTECTION: This is what makes the L210's the king in its class. On paper they are rated for all your regular 5.56 and 7.62x39 API rounds, however we took it a step further and pushed the limits on these plates. We went out and tested them against 3 threats that they are not rated for. Surprisingly they stopped 2 out of the 3 threats.

The plate was shot a total of 15 times.

The first 5 shots were with the M855A1 rounds. The L210 plate held up very well with minimal backface deformation and zero penetration.

The next 5 rounds were with the 5.45×39 60 Grain Silver Bear out of a Bulgarian Circle 10 AK74. The L210 plate stopped every single round with minimal backface deformation and zero penetration.

The last 5 rounds were out of a 308 bolt gun with the 168 Grain Sierra HPBT Australian Outback.
This is where the L210 plate met its match; all 5 rounds of the 308 went right through, however that was expected because these plates are not rated for that. All in all the L210s once again proved their worth as being the best armor for the money. They stopped all the rounds that they were rated for plus an additional two threats that they are not rated for. These plates will stop all your 556, 7.62x39 and 5.45x39 threats, but they cannot stop 308, which at the end of the day is not as common of a threat as 556, 7.62x39 is.  That's where you will need to move into the Level IV area for protection against high velocity 30 caliber rounds such as 308, 30.06. These plates did exactly what they were meant to do plus more, and this is why it makes the Hesco L210's the best armor in it's class. 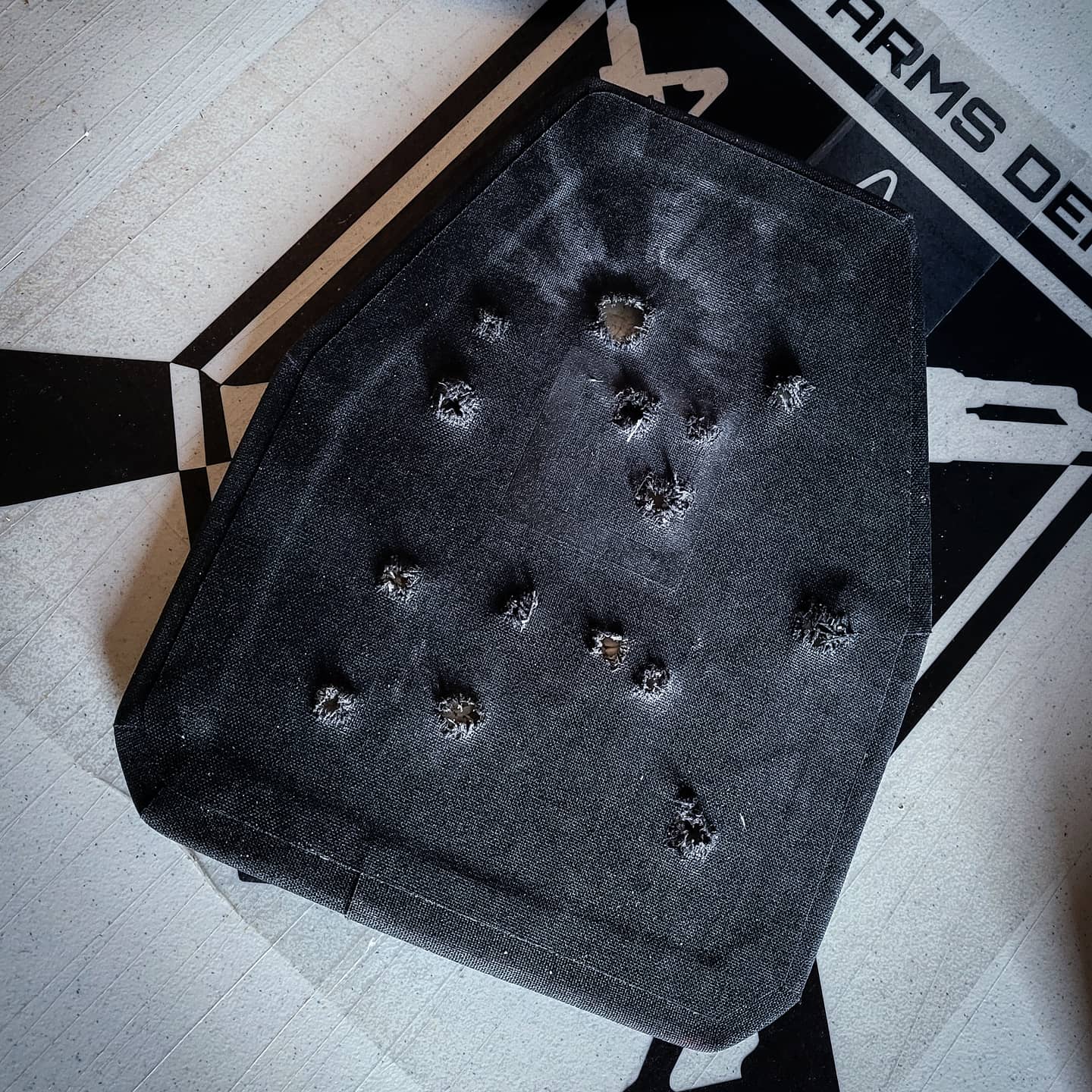 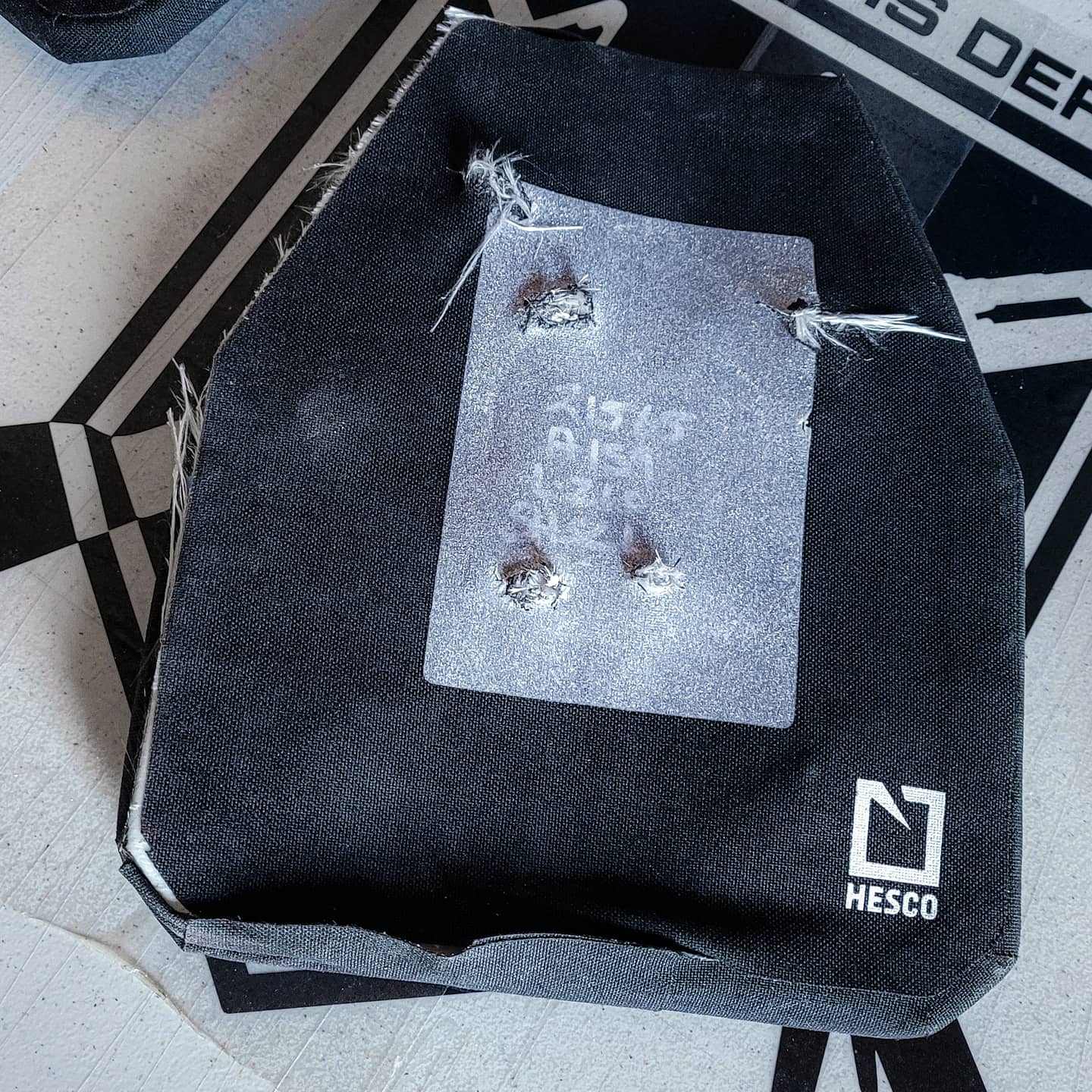